From the early stages of the project and now heading to its completion, The Broadway Project have continuously supported Mary Smith’s Pantry. The name for this community grassroots project has recently changed. Mr Mike Smith who used to run the Homeless Britain and Ebury Food Surplus has decided to rename his food bank to “Mary Smith’s Pantry” as a tribute to his mother who died recently.

They do amazing work in the community to help those in need not only with their food surplus donations but also with clothes, toiletries, school uniforms, wheelchairs and much more, to anyone in need, no questions asked.

Thanks to The Broadway team and contractors for all the clothing, toiletries and food cans donated.

These donations will certainly benefit the work that Mike does in the community with so many families in need and the refugees housed near the project. 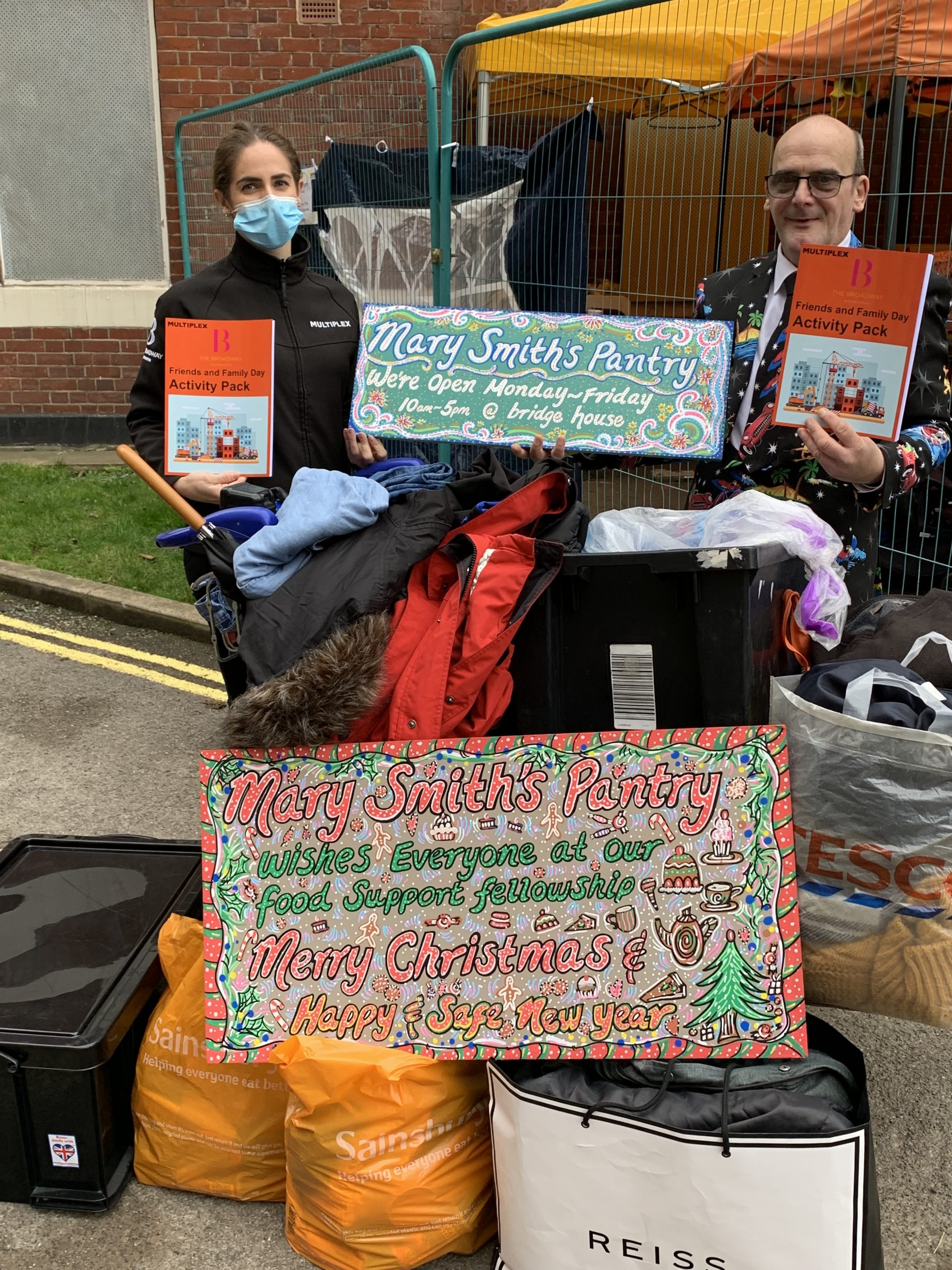